Investing in Belgium: Sound reasons & real estate as investment in the spotlight 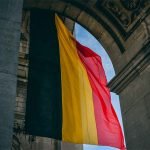 Investing in Belgium is an attractive option for companies and retail savers alike.

Thanks to its favourable location in Western Europe and the privileged status of Brussels, Belgium has some great assets.

Below you will discover why Belgium can be a great place to invest money (both for companies and individuals looking to invest savings).

Belgium is located in the heart of Western Europe and has a key position in the European and international economy.

Belgium is one of the six founding countries of the European Union and a seat of many international organisations.

This small country has always been a relatively prosperous economy, trading with countries all over the world.

Belgium has a relatively short history, as the country was only founded in 1830.

Yet this country has a colourful history and is also blessed with an excellent location.

And it is thanks to this central implantation that Belgian culture was and is influenced by different cultures.

Belgium consists of three regions (the Brussels-Capital Region, the Flemish Region and the Walloon Region) and three communities divided by language (the Flemish Community, the French Community and the German-speaking Community).

This country is thus a melting pot of different languages and cultures, with a diverse population, a good education and health network and a relatively high per capita purchasing power.

And Belgium may not be much in terms of surface area and political cohesion, but this country does have some unique assets for both companies and individuals looking for an interesting investment.

Below you will discover some good reasons to invest in Belgium (both companies and retail investors can invest).

Some facts and figures about Belgium

Belgium offers affordable property prices when you look beyond its borders, even though that may sound strange to Belgians.

In Belgian cities, real estate is less expensive than in neighbouring European capitals.

The capital Brussels, for example, is considerably cheaper than other international centres such as London, Paris, Luxembourg City, Munich, Frankfurt, Amsterdam, Madrid and so on.

Brussels is also very competitive when it comes to commercial property.

Few other major cities in Western Europe offer office and retail space as affordably as Brussels.

This makes Belgium and Brussels interesting places for both companies and employees looking for a well-paid job.

For retail investors, this in turn offers opportunities to invest in well-located residential property for rent.

In this way, a buy-to-let property for sale in Brussels for renting out to private individuals can, in cooperation with the right rental agency, provide an equally carefree and better return than the traditional savings account.

The green commune of Woluwe-Saint-Lambert [AVAILABLE SOON], for example, is an attractive A location in which to invest in a rental unit with stable value.

Belgium is a knowledge centre

Belgium has dozens of high-level universities and colleges on its soil and is thus a breeding ground for bright minds.

Thanks to the strong national focus on high-quality education, the Belgian education system is one of the best in Europe.

Belgium, for example, is highly regarded for disciplines such as medicine, mathematics, management, science, engineering and technology.

In addition, much attention is paid to continuous training to raise and maintain the level.

This training is imposed by the government through regulators and/or offered by companies to their employees to stimulate continuous self-development.

Belgium also has excellent research institutes and there is intensive cooperation between universities and companies (Leuven is known for this, for example).

Spin-offs and incubators are set up across the country to stimulate innovation in business, supported by the network of internationally renowned university research centres.

As a centre of knowledge, Belgium scores very well in areas such as life sciences, biotechnology, agricultural science, renewable energy, nanotechnology, and so on.

Gateway to half a billion consumers

Belgium has a unique central location in Western Europe, which is one of the most prosperous and developed regions in the world.

Thanks to the ports of Antwerp and Zeebrugge, there are many opportunities to import and export efficiently to and from Belgium.

This means that it is interesting for many international companies to serve the entire European market from Belgium.

Belgium is also known as the perfect test market for consumer goods given the country’s melting pot of cultures and proximity to other powerful Western European economies such as Germany, France and the United Kingdom.

If a company succeeds in launching a product successfully on the Belgian market, the chances are quite high that the same product will also do well in the entire European market with +/- half a billion inhabitants.

Belgium is a founding member of the European Union and has always played a decisive role in international politics. Belgium is, for example, the host country of the EU institutions and of NATO.

It is also home to numerous headquarters of multinationals and major world players. Start-ups and younger companies with expansion plans are also increasingly finding their way to Belgium and Brussels.

In Brussels, the capital of Belgium, there is a huge concentration of international organisations (embassies, honorary consulates, lobby groups, international sector associations, etc.).

Such a concentration of international organisations and companies can only be found in New York City apart from Brussels.

It also makes Brussels the European city of choice for organising conferences and events for an international and European target audience.

The unique international character of Brussels and, by extension, Belgium, is attractive to internationally oriented companies.

On top of that, Brussels (and thus Belgium) is extremely accessible via road, rail and air connections.

The Belgian economy is an extremely open and globalised economy. Certain cities such as Bruges, Ghent, Antwerp and Brussels are real tourist attractions.

In terms of political, economic and social parameters, Belgium is one of the most globalised countries in the world.

For example, Belgian exports account for more than three quarters of the total Gross Domestic Product. In terms of export figures, Belgium is thus among the top in the world.

Belgium is a thriving market and trading place, making the most of its location in the centre of Western Europe.

The ports of Antwerp and Zeebrugge also play an important role, of course.

And often, first and foremost, Brussels as investment location is considered due to the unique market conditions in this metropolis.

Belgium has one of the highest and best living standards in Europe.

The greatest assets are available housing per family, advanced health care, social services for those in need, sufficient green spaces, high quality (higher) education and the presence of many excellent international schools.

Belgium is a country with cultural traditions and some typical features. For example, Belgium is of course world-famous for a number of festivals and cultural events of absolute world class.

So there is no problem organising cultural activities and attractions on Belgian territory.

In short, the great variety of landscapes offers great opportunities to enjoy nature to the full.

Belgium is, of course, also the specialist in the field of pralines, fresh chips, special beers and all kinds of other delicacies. It is a country with a deep-rooted tradition of good food.

An illustration of this is the high concentration of Michelin-starred restaurants in Belgium, which is the highest in the whole of Europe viewed per square kilometre.

Belgians are usually sociable and amicable and not too noisy. A visit to a local café to sample a locally brewed beer is a must!

The Belgian labour force is highly productive and even has one of the highest productivity levels in the EU.

That, for example, is the reason why car manufacturer Volvo Car Gent continues to opt resolutely for Belgium (and Ghent).

Important factors contributing to this high productivity are the quality of the education system, focus on optimisation and automation, and the ability of citizens and workers to speak several languages.

Other attractive assets of the Belgian working population are versatility, flexibility and eagerness to learn in constantly changing working conditions.

There is a culture of consultation between trade unions, employers’ organisations and the government, and constructive social dialogue has a positive impact on Belgium’s business climate.

More than one third of the Belgian working population has at least one higher education diploma (college or university).

This means that in terms of highly qualified personnel, Belgium is well above average in Europe and internationally.

Investing in Belgium is attractive for companies given the presence of such talented human capital.

There is a choice of road, rail, sea, air and multimodal transport, so a highly efficient transport and distribution solution is a certainty.

The logistics system in Belgium is supported by a first-class telecommunications and Internet infrastructure.

In addition, there are already numerous distribution centres in Belgium. They benefit from the short distance to Europe’s largest markets (France, Germany and the United Kingdom).

In short, in terms of logistics and distribution, Belgium is the most important hub in Europe.

Where to invest in real estate in Belgium?

Below you will find some tips for carefree investing in real estate in Belgium: