Investing in France: Is it a good idea and in what and where? 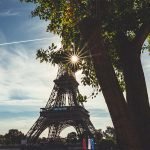 Investing in France is popular with institutional investors and international companies.

France is the investment location of choice for international companies from various sectors.

On top of that, it is also an exceptionally diverse country with Mother Nature taking on all shapes and forms!

In the following, we look at France as an investment location for private investors.

Is France a good place to invest?

France is one of the largest investment markets in continental Europe.

The stable economy and legal system, combined with the rich history and culture, make France an attractive location for tourists, entrepreneurs and retirees.

Investors in real estate can also get their money’s worth in France.

Currently, France can count on low interest rates and a rental sector that is in a growth phase in several regions.

Hotspots with sustainable investment properties and stable, growing rental markets include the important cities of Paris, Lyon and Bordeaux.

France, together with Germany, is one of the driving forces of Europe.

This has long been of particular interest to institutional investors such as investment funds looking for investment opportunities with attractive returns.

Institutional investors in the French market are particularly attracted to the retail and tourism sectors.

But this does not alter the fact that the average Joe, an average private investor, would not be able to invest profitably in France either!

For retail investors, there are also plenty of investment opportunities and second homes in France for sale with a return (for 100% rental or for mixed use (rental + private use)).

Where can I invest money in France?

The diversity of French regions, combined with their high-quality infrastructure and labour force, are powerful factors that make them attractive to investors.

In the European competition to attract foreign investment, the booming economies of France’s regions and cities are often a decisive factor.

Investing in France with a regional focus

In other words, France can safely be considered a regional economy:

France is also a pioneer at the international level:

France has a number of important strengths (which make investing in France attractive), such as:

Industry and R&D for job creation

France, together with Germany, is the most important country for job-creating investments in Europe by foreign investors.

In addition, France is at the top of companies’ list as an investment location for industrial and R&D projects.

This unprecedented investor confidence in France is partly due to the efforts that have been made to modernise the French economy and make it more competitive.

Ultimately, the French economy is relatively resilient to economic and political ups and downs as well as to internal and external shocks.

France enjoys the confidence of international investors. The recent investment decisions have created jobs in all French regions.

This is not only the case in the big cities, but also in the more remote parts of France!

These regions are home to advanced ecosystems capable of supporting technological and R&D projects or are world leaders in tourism or export products.

This economic attractiveness of urban areas in France can partly be explained by a combination of different factors:

Ultimately, the regions with the best investment results are those that have created the necessary framework to welcome new people and thus promote business development.

Fact: The attractiveness of the Île-de-France/Paris region and the other major cities of France is not at the expense of other French regions.

Expressed as a percentage of Gross Domestic Product, the French regions of Occitanie, Bourgogne-Franche-Comté, Nouvelle-Aquitaine (formerly known as the Limousin) [AVAILABLE SOON], Hauts de France and Grand Est, for example, have welcomed a much larger number of foreign investment projects than their share of national Gross Domestic Product would suggest.

Regions such as Provence-Alpes-Côte d’Azur and Centre-Val de Loire have an attraction that matches their economic size.

Dispelling some myths about France

The French economy is quite small (Myth 1)

France is the second largest economy in Europe (with just under 70 million consumers).

The French economy is also among the top 10 largest economies in the world.

Investing in France therefore means that you can count on strong and stable local demand.

On average, employees in France work a good 37 hours a week.

That is longer than the average of German (a good 36 hours) and British (just under 35 hours) workers.

Moreover, France is in the top 10 in the world in terms of labour productivity.

Investing in France therefore means counting on a productive workforce.

Business is tough in France (Myth 3)

France has a thriving entrepreneurial culture, with some 900 000 new businesses being created every year.

Three quarters of foreign executives describe France as a country where it is easy to do business.

France is one of the easiest countries in the EU to establish a company.

The establishment procedure is faster and smoother than in Germany and the United Kingdom.

Believe it or not, France is fully committed to an efficient and rapidly digitising e-government.

Fact: Since 2019, French companies have also become somewhat more competitive thanks to a reduction in social security contributions.

France is no longer competitive (Myth 6)

This too is a myth. France’s cost competitiveness is in order.

In recent years, hourly labour costs have risen more slowly in France than in Germany and than the EU average.

Labour costs per hour in the French manufacturing industry are lower than in Germany.

The price of electricity in France is also lower than in Germany and below the European average.

France lags behind technologically (Myth 7 about investing in France)

The French are said to be behind the times in terms of technology. This is not true.

More than 97% of the French population has access to 4G internet and 5G is being rolled out.

More than 19 in 20 French people have a mobile phone and more than 17 in 20 have access to the Internet.

Moreover, more than 6 out of 10 French people already make one or more purchases online.

French hospitality could be better (Myth 8)

France is among the top tourist destinations worldwide.

Investing in France in the tourism sector can therefore be interesting (see the opportunity above in this context).

Moreover, France is also among the top 5 in the world for hosting foreign students, who make up 40% of all PhD students in France.

Nothing could be further from the truth. French industry remains one of the most attractive in Europe.

France is the number one destination for foreign investment in industry in Europe.

There are hundreds of large-scale production facilities of foreign companies in France.

This creates a huge net job creation in that sector, annually and consistently.

France only has luxury goods and cheeses to offer (Myth 10)

France is more than just cheese and wine!

In fact, France is one of the most innovative countries in Europe.

The country is also home to several global industry leaders, including:

Conclusion: Why consider investing in France?

Various sectors in France are attractive to institutional investors and companies.

However, private individuals can also invest in France and more specifically in the tourism sector.

Instead of starting your own B&B, gîtes or chambres d’hôtes, you might as well invest more passionately in the French leisure sector.

In this context, see the subtitle “Investment opportunity for individuals in French leisure sector” above.