Investing in German real estate is choosing for strong growth and reliability! 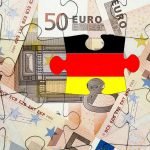 What is not so often associated with Germany is investment property. The advantages of investing in German real estate are mainly a well-kept secret in the Dutch-German and Belgian-German border region.

When you think of Germany, you think of rock solid cars, bratwurst, hip Berlin, motorways with no speed limits on +/- 75% of the route, Oktoberfest, mini-jobs, Angela Merkel, die Mannschaft, and so on..

After reading the information below, you will also associate something else with Germany in the future: Carefree buy-to-let properties with huge value-added potential.

The inhabitants of the German border region in France, Belgium and the Netherlands come into contact with Germany more often.

Consequently, they are also a little more likely to be confronted with German real estate as an investment alternative to the worthless savings account.

Sober and critical thinking. That’s all you need to do to appreciate the potential of German real estate!

The German economy is the strongest in the entire European Union. The Germans, apart from their firm and disciplined mentality, are an economic phenomenon. Is it genetic? Or rather cultural?

Whatever the underlying reasons, the Germans are machines. Their economic fabric is extremely strong and more dynamic than that of other countries in Europe.

This nation is not sitting idle, on the contrary. A true economic powerhouse on the European continent!

The best proof of this is the economic revival of the country after it was completely in ruins after WWII. From zero to hero in less than 75 years.

Germany offers economic and political stability, even now in times of refugee crisis. You also have an independent and transparent judiciary.

The German climate is temperate, which means that the country is usually spared major natural disasters.

The currency in Germany is the euro.

Germany is therefore an ideal place for investors looking for control. Control freaks are best catered for here.

Why? Because the uncertainties and external risks and factors are minimised here.

A simple example is tax policy, a heavily underestimated driver (or repellent) of investment.

In Germany, there is fiscal stability, in contrast to other countries, where one tax is introduced (and then removed) at the drop of a hat.

Do you want fiscal stability and therefore more certainty about your net return? Then Germany is the place to be!

Germans are generally well educated compared to other Europeans. This is no different for the real estate market.

It is full of professionals and many have received special training in one of the special real estate business schools.

For a foreigner who is considering investing in German real estate, this is a good thing. Receiving professional guidance with an eye for detail and ethics is nice.

An additional advantage is that Germans speak both German and English. So there is not really a language barrier for foreign investors who speak English.

The 10-year State notes issued by the German government yield a relatively lower return than buy-to-let properties in the German real estate market.

In 2016, the average return in the German property market (commercial and residential property combined) was 4.05%. And so investing in German real estate is financially interesting!

An additional reason why German real estate yields a good net return is its tax treatment!

Germany is a mastodon, an unstoppable economic miracle, a real machine. The German economy grew 1.9 per cent in 2016.

This is the highest growth rate of the German economy in five years. Record growth, as it were, while other European economies are stagnating.

These staggering figures give Germany an admirable place in the world’s top seven largest economies.

The German economy is growing like crazy. And everyone knows that a growing economy also pulls up the entire real estate market.

And so investing in German real estate is really just a matter of common sense and listening to your instincts.

The German economy is strong and diversified. Moreover, the real estate market in Germany offers price stability for investors.

A good illustration of this limited volatility in the German property market is the historical performance of commercial property.

Over a ten-year period, its return fluctuated by an average of only 1.2%.

This is in contrast to the French capital Paris and London, capital of the United Kingdom. Here, the historical return over ten years fluctuated by at least 2.5%.

The low volatility is seen by experts as a sign that the German property market can digest a recession.

During the last ten years, the total amount invested in the German property market was more than EUR 33 billion on an annual basis.

These investments are nicely spread across all types of property deals and investment amounts (small, medium and large).

The investors active in the German property market are also diverse and different.

Some examples are funds, developers, pension funds, listed real estate companies, and so on.

Due to all these factors, German real estate as an investment instrument is characterised by a high level of liquidity.

Investment in Germany appears to be dynamic, as is the economy.

This is because Germany has gradually established itself as the dominant investment market in Western Europe.

The country is only ahead of the United Kingdom.

What is more, of the fourteen largest investment markets in Western Europe, as many as four are in Germany:

By the way, Germany is the only country to have more than one city in the top fourteen.

The interest in investing in German real estate is high among both domestic and foreign investors. Both categories account for +/- 50 per cent of investments each.

Diversity of the real estate market

The German property market is so diverse that it is unique in Western Europe. This helps to spread investment risks when investing in German real estate.

There are six major cities in Germany, for example, which together account for 53 per cent of annual investments in the German property market. And each of these cities has its own characteristics.

These six German cities, which account for more than half of the total property investment, are:

Germany has a diverse investment climate on the real estate market. There are many ways for investing in German real estate. Both in the area of commercial and residential real estate.

In 2015, office investments accounted for 42% of total investments in German commercial property.

Scope for upgrading and increasing rents

The rents are also significantly lower than those in central Paris and London. This offers perspectives for the future for those who are interested in investing in German real estate!

View all investment opportunities in Germany on our dedicated overview page.

Investing in German real estate with rental guarantee and carefree operation is possible with the following offers:

Other info about Germany